A small group of tenants can double your multifamily utility costs 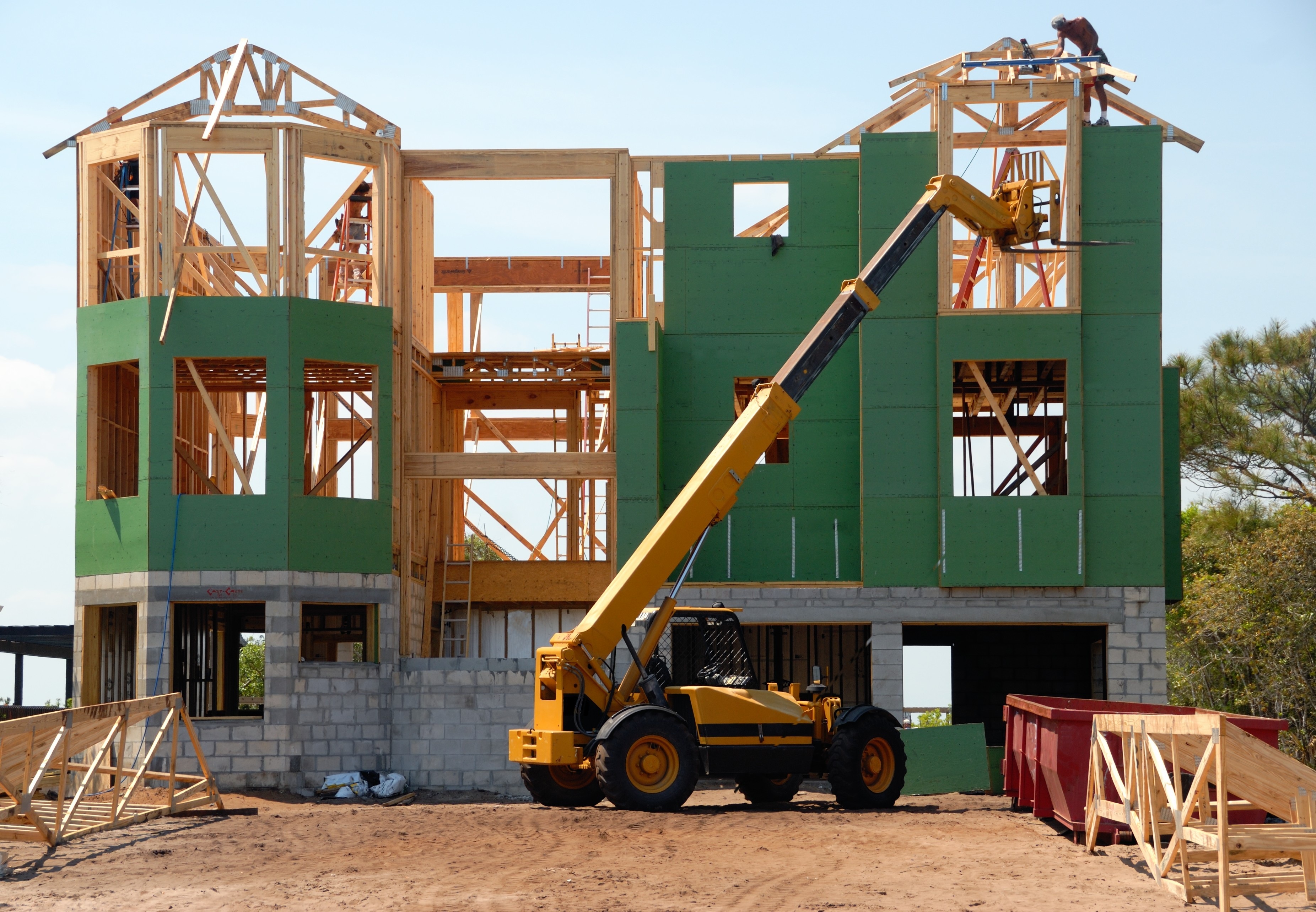 Find out what you can do about it

When utilities are included in the rent of an apartment complex, some tenants will naturally consume more than others. High utility users, even if they represent a small group of tenants, can increase costs substantially. Since these cost increases are effectively hidden in the rent, residents who use utilities responsibly subsidize those who do not.

So a question to consider is how much do high-end utility bills increase? Does it make financial sense for a landlord to include utilities or bill tenants directly? If a homeowner decides to abandon the included utilities model, what options are available?

The Challenge of a Master Meter Multi-Family Community

A landlord is more likely to include utilities in the rent when their multi-family complex has a master water, gas, or electric meter. The downside to a master meter community is that there is no way of knowing how much of a utility each resident is using.

If I’m one of those residents who runs the heat continuously, lets a broken toilet valve leak without reporting it, or keeps the air conditioning on even when I’m not at home, it’s my neighbors who pay the bulk of the bill. The usual feedback loop that links the amount I pay to the amount I consume is missing. Without this feedback loop, you are more likely to consume carelessly.

As we are about to see Careless or abusive consumption can increase multi-family utility expenses by up to 70%!

Suppose you own a 150-unit complex, each apartment has two bedrooms, and the property has a master natural gas meter. The complex uses 7,500 ccfs of gas during heating months and the rate is $ 1.00 / ccf. If you were to use a ratio utility billing system or the RUBS method to determine the approximate usage for each resident, it would be 50 ccfs.

Assuming the monthly rent is $ 750, $ 50 would be allocated to the cost of gas. (See Example 1 in the Supplemental Information section at the end of this article.)

Moderately high users and their influence on utility expenses

Let’s consider a different case in which 10% of tenants (15 households) use 200% more gas than the average. The property’s total gas usage remains at 7,500 ccfs. Average gas users (135 households) consume 41.7 ccfs each and moderately high users consume 125 ccfs each. The gas portion of the rent should have been $ 41.70, but residents actually paid $ 50. High users created a rent increase of $ 8.33, a 20% increase in the portion allocated for utility expenses. gas. (See example 2).

High users may be increasing utility costs by 70%!

Now let’s look at the case where 10% of residents are really heavy users and consume 700% more gas than average. (While this may seem like an over estimate, many experts believe that high utility users will consume at this level or more when they do not pay for utilities directly.) This high usage can be the result of: running the heater continuously, leaving the windows open when the heater is on, or undetected maintenance issues.

High users didn’t actually double total gas spending, but they were pretty close. Our group was also relatively small: only 10% of the residents. Imagine the effect if a higher percentage of tenants were heavy users.

“Utilities included” is not that attractive to tenants

If the landlord in our example had billed the utilities separately, they could charge $ 700 for the rent, and the gas bill would be $ 29 to $ 50. A lower rent is clearly more attractive to tenants. Separating utilities would also encourage the community to use gas more responsibly, reducing everyone’s total housing costs.

Transition of “included utilities” by submetering

There are two very effective ways to separate utilities from the rental rate and bill tenants directly. The first, the utility sub-metering, offers the greatest benefit to tenants and landlords. When supported by the water lines, electrical disconnect panels, gas lines, or central heating system in your multi-family residence, you can install a wireless sub-metering system. The sub-meters measure the individual consumption of each resident and the data is used for billing.

Sub-measurement helps homeowners by increasing net operating income (NOI) and property value. It protects them from paying for residents’ overuse or losing money when utility prices rise unexpectedly. Metering provides useful data that can be analyzed to detect maintenance issues, leaks, and other issues, ultimately saving landlord and tenants money. This data can also demonstrate the energy efficiency of your property compared to others.

Submetering is the best and fairest way to bill tenants for the use of utilities. It has been repeatedly shown to reduce utility consumption by 15-35%, known as the “conservation effect.” Not only do tenants benefit financially when they conserve, but they are no longer responsible for the consumption habits of their neighbors.

The “conservation effect” in action

Let’s say you decide to submediate your property and the conservation effect causes consumption to drop by 35%. In our example, the use of the property would decrease from 7,500 to 4,875 ccfs. This would reduce the average resident’s gas bill from $ 50 to $ 32.50, generating a notable savings of $ 17.50 per month. (See example 4).

Sub-measurement quickly pays for itself

A wireless heat metering system for a 150-unit complex with central baseboard radiation heating can cost $ 30,000. Although sub-metering systems generate a return on investment (ROI) in less than 12 to 18 months, the initial expense is a concern for many owners.

To minimize out-of-pocket expenses, some owners finance the equipment through a leasing company. In other cases, a nominal fee for the metering system is included in each resident’s monthly bill. Since the sub-measurement is a benefit for tenants and landlords, it follows that both must share the expenses.

In an ideal world, federal and state agencies would recognize the powerful effect that submetering has on conserving scarce resources and offer affordable rebates and financing vehicles to homeowners. This strategy would accelerate the implementation of sub-metering systems in the millions of existing multifamily residences, massively reducing the consumption of public services.

“Rubbing” your way to a higher NOI

The second approach to separating utilities from rent is to bill tenants using a RUBS method. Depending on the size of the apartment, the number of occupants, or some other factor, the owners divide the utility costs among all the residents. When gas is “rubbed” in, apartment square footage is the most commonly used metric.

Implementation of a RUBS system has also been shown to have a conservation effect. A research study conducted by the National Apartment Association (NAA) and the National Multiple Housing Council (NHMC) reviewed 32 properties in three states and found that RUBS generated a reduction in water consumption of 6-22%. Although it is a minor conservation effect, it is still an improvement over the situation caused when utilities are included in the rent.

The benefit of RUBS to tenants is that by conserving, quickly reporting maintenance issues, and minimizing waste, they can lower their utility bills. Owners benefit because RUBS does not require a cash investment. Additionally, RUBS holds landlords financially liable for the utility consumption behaviors of their tenants.

The main downside to RUBS is that high-utility users still don’t pay full price for its overuse. However, compared to “utilities included”, it is a remarkable improvement and one of the smartest and fastest ways for a homeowner to improve bottom line results.

Multi-family residences that include utilities can allow a small group of high users to significantly increase utility expenses and rents. To avoid this, landlords can separate utilities from rent by installing a utility sub-metering system or by using RUBS to bill residents directly. Resident billing creates a financial incentive for residents to use utilities wisely, increases landlord profits, and all parties save money.