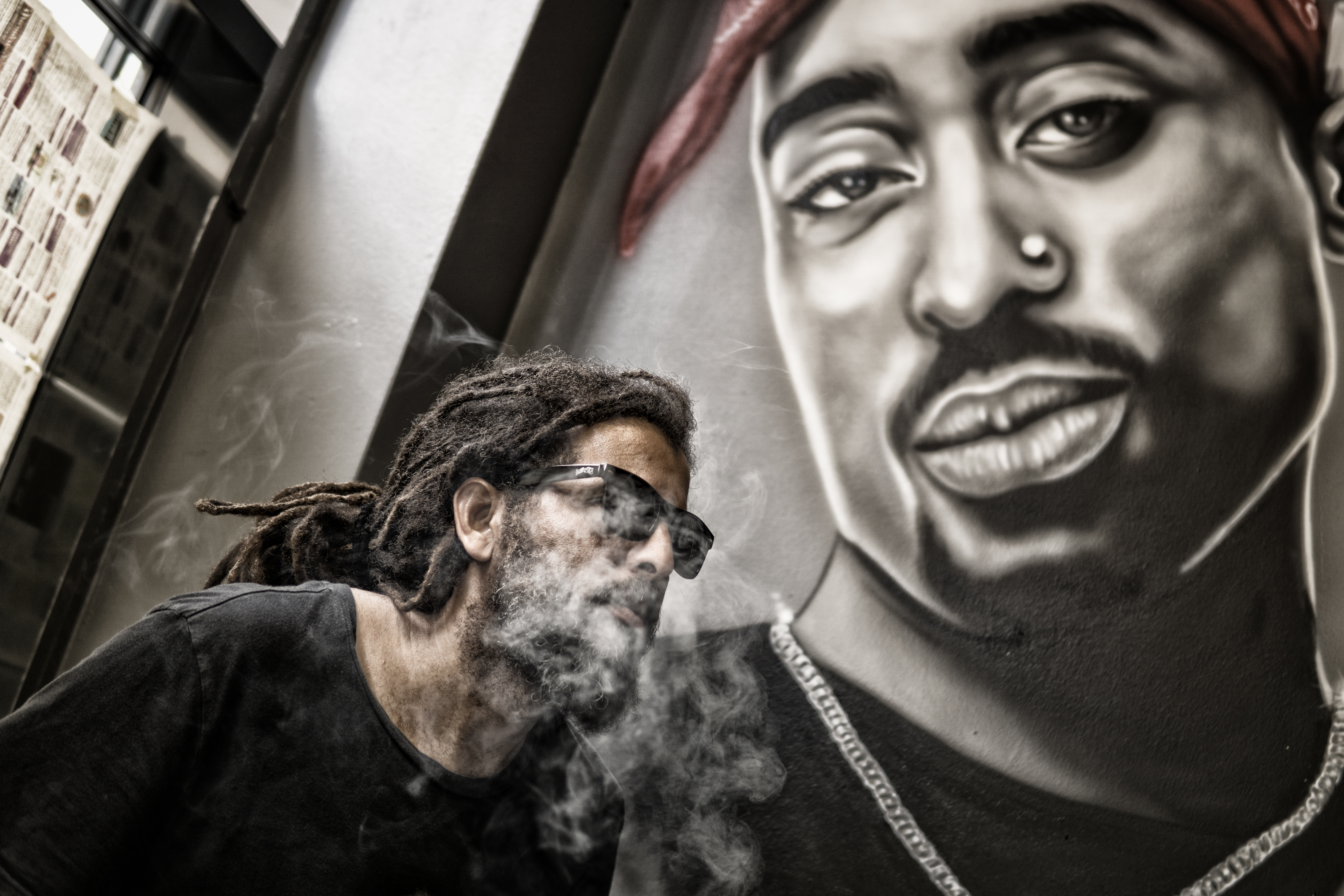 New to Bollywood? Appreciating his art is simply a matter of understanding India’s unique way of filmmaking. Our manual explains the basics:

Bollywood is a term that refers to the Hindi-language film industry based in the Indian city of Mumbai, which used to be called Bombay. Mumbai + Hollywood = Bollywood. The term is believed to have been coined by a western journalist in the 1970s. Many Indians disagree with the word because it implies that Bollywood is a minor branch of Hollywood, when in fact, India produces many more movies annually that attract a much larger audience globally than the US and the Indian film industry is older than Hollywood. for a year

Are all Indian movies produced by Bollywood?

No. Bollywood is just one of the many film industries in India. Imagine if the US had a thriving Spanish-language film industry that gave Hollywood a run for its money, or regional film industries in Chicago, Atlanta, and Seattle that rivaled those in Los Angeles. So it is in India. The various Indian film industries are both language and location specific. They include Kollywood, which refers to Tamil-language films made in the Kodambakkam district of Chennai city; Mollywood, which is Malayalam-language cinema from the state of Kerala; and Tollywood, which refers to both Telugu films from the state of Andhra Pradesh and Bengali films made in the Tollygunge neighborhood of Kolkata.

While Bollywood and other Indian film industries mainly produce commercial films, India also has a strong and respected art film tradition, which is known as “parallel cinema”. The delineation between commercial and art films in India is stronger than it is in the US. However, that line is beginning to blur as Bollywood moves into more artistic projects and Indian art films seek broader appeal. .

Are all Bollywood movie musicals?

Do the actors sing the songs?

Very rarely. The vast majority of movie songs are sung by playback singers, who are famous in their own right.

The film and music industries in India are inextricably intertwined. Almost all Indian pop music comes from movie soundtracks.

Why do so many Bollywood actors have the same last name? Are they all related?

Nepotism is common in Bollywood and many actors and filmmakers come from family dynasties that have been in the film business for generations. However, there are many celebrities with the same common last names, particularly Khan and Kapoor, who are not related.

How come there is no sex in Bollywood movies?

Two reasons: social and artistic. Physical intimacy on screen is frowned upon in India, even kissing is quite rare. But more importantly, Indian filmmakers are masters of the art of seduction. There may be no sex in Bollywood movies, but they sure are sexy. In fact, it is precisely because there is no sex that they are filled with so much incredible tension, which is completely missing from Hollywood movies these days. In the words of film critic Roger Ebert, “It’s less erotic to snuggle for 60 minutes than it is to spend 60 seconds wondering if you’re about to be snuggled up.” He was talking about Bollywood.

Sometimes Bollywood musical numbers act as a stand-in for sex, depicting it not in a crude and overt way, but implicitly, even metaphorically. Characters are often so carried away by passion that they suddenly appear in exotic locations all over the world: the pyramids of Egypt, the canals of Venice, the mountains of Switzerland, places that have nothing to do with the plot but have everything to do with the unlimited of fantasy.

Why are Bollywood movies so long?

To begin with, Indians are used to longer forms of entertainment. Cricket matches last for days. So do Indian weddings. A three-hour movie isn’t much in comparison. Also, Indians tend to be value conscious. They expect a full afternoon or evening of entertainment for the price of one ticket.

But the main reason Bollywood movies are long is artistic. The time commitment required from the audience increases their emotional investment in the story. (The same goes for operas, which are often as long or even longer than Hindi movies.) The effect can be powerfully moving, even for Americans accustomed to shorter movies.

However, Bollywood movies are getting shorter and shorter, mainly because there are fewer musical numbers than before. While three and a half hours was once typical, now three hours or less is the norm.

What is the biggest artistic difference between Bollywood and Hollywood?

In a word: “masala”. The concept of masala is key to understanding Bollywood movies. It is a culinary term that means “spicy mix”. Masala cinema combines more than one genre in the same film, combining elements of comedy, romance, action, and drama. The goal is to attract as many people as possible. That way, there is something for everyone in every film: grandparents, parents, teenagers, young children, because Indians often go to the movies as a family.

Hollywood filmmakers do the opposite: They do very narrow niche marketing to target the demographics they think are the most profitable (and then ignore everyone else). An exception to this might be the James Bond movies, which have been hugely successful for decades. There’s action, of course, romance, some cheesy comedy and even a bit of melodrama when James feels bad that his best friend betrayed him or his last lover died in his arms.

That is not to say that all Bollywood movies are masala. Many fall strictly into one genre or another, but even then, a dash of masala is often added.

Do Bollywood actors work in Hollywood?

Aishwarya Rai Bachchan is the first Indian actor to significantly crossover into the West. He appeared in The Mistress of Spices (2005) with Dylan McDermott, The Last Legion (2007) with Colin Firth and Ben Kingsley, and Pink Panther 2 (2009) with Steve Martin. He also garnered more high-profile publicity in the West than any other Bollywood actor, having appeared on The Oprah Winfrey Show, Late Show with David Letterman and 60 Minutes.

Two Bollywood actors appeared in the Oscar-winning British film Slumdog Millionaire (that’s right, it’s a British film): Anil Kapoor, who played the sleazy game show host, and Irrfan Khan, who played the police interrogator. Since then, Kapoor has appeared on the hit US television series 24, starring actor Kiefer Sutherland. Kapoor played a Middle Eastern leader on the show for one season. Prior to Slumdog Millionaire, Khan appeared in the English-language films The Namesake (2006), A Mighty Heart (2007), and The Darjeeling Limited (2007).

Do Hollywood actors work in Bollywood?

Sylvester Stallone and Denise Richards made cameo appearances in the Bollywood film Kambakkht Ishq in 2009.

Western musicians are also breaking into Bollywood. American rapper Snoop Dogg performed the title track on Singh is Kinng in 2008 and Australian pop star Kylie Minogue performed a song on Blue in 2009. Senegalese-American music star Akon is reportedly recording a song for the soundtrack. from the upcoming Bollywood superhero action movie. Ra.One.

Does anyone outside of India watch Bollywood movies?

Yes! Bollywood has fans all over the world. It’s big in other parts of South Asia, of course, Pakistan, Bangladesh, Sri Lanka, as well as the rest of Asia, the Middle East, and Africa. Bollywood is loved in Australia, the home of director Baz Lurhmann (of Moulin Rouge fame), who is a Bollywood filmmaker in spirit! Bollywood films are routinely in the top 10 at the UK box office. And Bollywood is all the rage in Brazil (thanks to a successful Indian-themed TV show called Caminho das Indias). Finally, Bollywood is huge in Canada, particularly in Toronto, which has a large Indian population. And Americans are finally starting to realize what the rest of the world already knows: that Bollywood is awesome!

It is part of human nature to make fun of what we don’t understand. Americans are used to watching Hollywood movies, which reflect our cultural values, traditions, and storytelling techniques, and Bollywood movies reflect the values, traditions, and storytelling techniques of another culture, which are unfamiliar to us. We have unfairly smeared Indian cinema because we cannot take it for granted as we do our own. In fact, we have to think a bit when we see them. Some people find it fun to think; some don’t.

Why would Americans want to watch Bollywood movies?

Why do Americans like pizza? because it’s good. Who cares what country it comes from? If you like good movies and you’re not watching Bollywood, you’re missing out.